Today started early but the blog didn’t. I had a 7:15 a.m. appointment with my neurosurgeon today. More tests are coming to figure out some pesky rib pain. They are so thorough, they read the entire story of me from my chart before they talked to me. I imagine they started early! The history of my spine issues began in 1995, when both I and my neuro guy were young. How great they look at the whole picture, since it is a story where one thing has deteriorated after another, so they need to know the whole thing. I love that. This is not the neuro who did my surgery.

The thought is the ribs are affected by the scoliosis that has developed over the past 25 years. They may be pinching nerves by now. An MRI will tell. Thank goodness for the miracle of diagnostic testing; IF your insurance company approves. C’mon, Aetna! I’ve got a lot to do! I’d like to be a little more comfortable.

While waiting for the x-ray at the surgical hospital complex (this group of doctors owns the whole complex), I was reading Michael J. Fox’s newest book, “No Time Like The Future.” I became very lost in his story.

His description of what the Parkinson’s feels like to his body is amazing. He talks of the amount of planning and execution necessary to walk from his office, make a right turn, another right turn, and a third is masterful. His description of the way his therapy may help him become a multi-tasker again is handled with such grace. My admiration of his fight and positive attitude has multiplied a thousand fold. The chapter, “What to Expect From My Back In The Future,” is so well done. His sense of humor has never wavered. His description of the tumor in his spine caused my mind to flash back to the discovery of my spine tumor. Mine was an arachanoid cyst, his was an ependyoma cyst.

Like mine, his reared it’s ugly head and there was huge risk if surgery was done or not. Either way is a crap shoot. Mine was entwined around the spinal cord, his was right down in the fibers or the spinal cord, and required delicate 5 hour surgery. Mine was an 8 hour surgery. The next day, my face looked like a cabbage patch doll. From lying on my stomach for eight hours and more, the fluids all pooled around my face, which was the lowest point for all those hours.

I was surprised at how emotional I felt while reading this part of the book. I thought it was “handled,” I thought since it was so far back in my life it wouldn’t affect me, but it did. I have often thought how lucky I was paralysis didn’t become my life; I’m even luckier today to still be moving independently. About every five years, I can tell there has been substantial loss of ability and movement with ease. It’s the way it is. I am confident the keen eye and steady hand of the doctors I have will keep me going for a long time. Michael J. Fox may not have that luxury, with his PD advancing so much.

I will read the rest of his story with gratitude, I will pray for him all the way. He has done so much for people with PD, and has done it with grace and humor. He is grateful to his wife for her upbeat attitude when his isn’t. They have had a family while fighting this battle; they have done good for the world while in the trenches. I salute them both, and their children, who are now adults.

While we relax tonight and plan for another day, be kind to your people. Be grateful for your good health. I’m glad the Babe and I started the Keto Diet in November. I’ve lost a little more than twenty pounds, and so has the Babe. Slower than we would have liked, but we’re still having progress. It will help us as we continue aging.

Be Kind, Let’s not argue about who did what in Washington, it will rile up your blood pressure. That’s bad for your health, and arguing only makes it worse. Goading people into arguing is ridiculous. Bad language is not the way. There is plenty of blame to pass around, and many people are guilty of very bad, reprehensible behavior. Pray for our great country. I want her to continue for another two hundred plus years. Let’s help her get there. We are American’s first. Let’s concentrate on that. 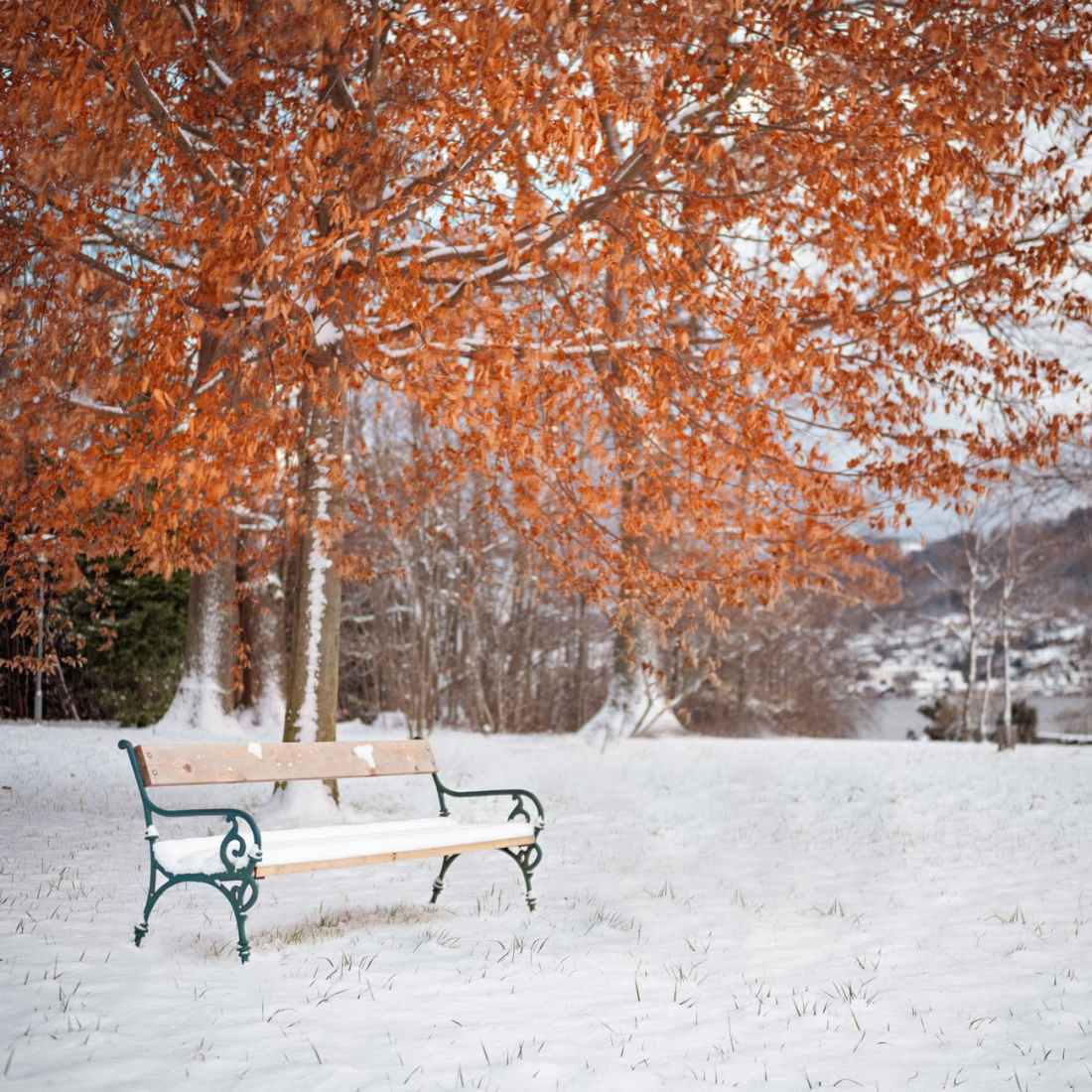 Some folks prefer to stay in a depressed mode, mumbling all along they are being realistic. My definition of being realistic is knowing how well something could go and being prepared to accept if things don’t go well. That is a big difference. As beautiful as this world is, I cannot believe God created us to be down as a matter of our nature. There are ways to cope with real depressions, and you must admit out loud you have it. I believe all of us have some level of it. It is in getting help and learning to find positivity in life, people, events, that we all can have optimism. Life is so much better.

I’m writing about optimism because of Michael J Fox. I am consciously optimistic to this very day because of people like Michael J Fox, and the late Christopher Reeve. They were both in the news during a very significant time in my life, one that I may need to write about one day. Fox has released a book titled, “No Time Like the Future: An Optimist Considers Mortality.” His previous books, “Lucky Man,” and “Always Looking Up,” have both inspired me on my journey from a dire outcome to the life I have today.

I really need to write to Fox and tell him how important he has been on my journey. I would not have been able to even think about overcoming some physical challenges if he hadn’t written the book. Well, maybe. But he announced his Parkinsons in 1991, he was only 29. They hid the news for a long time, sadly; we were not a sophisticated enough society to realize these things happen to good people. Hollywood, perhaps being as superficial as it’s always been, would not hire him if they knew. I would like to think that changed thirty years later.

Christopher Reeve, the actor who was “Superman” as I live and breathe, injured and paralyzed in an accident while in an equestrian competition, was about four months younger than me. It injured him in 1995, he remained paralyzed from the rest of his life. He was 42 years old. I mourned such a fate for such a vital, healthy, young man. Meanwhile, I kept reading about Fox as well. Both men, one younger and one my age, were inspirations.

What do these tragedies have to do with me? Nothing directly. But in November 1995, I had an unheard of live-changing-medical-challenge of my own. Also at 42. I’d always had back issues. First time in grade school, I threw something out and ended up in bed on muscle relaxers for a week. My friend, Karen Wingerson Smolinski, could come inside and visit with me. Mom never let other kids in the house, especially upstairs, during the day. She was worried.

I’d been doing office work for several years and was programming at Mutual of Omaha when I really started having low back pain. I devoted 90 minutes to working out every day in the Mutual gym after work. I didn’t miss, ever. I was in pretty good shape, too. Strong, single, and only had my daughter at home. The back just got worse and worse. After a diskography which gave me a disk infection, I was in increasing pain for about two weeks. Finally, diagnosed with an arachnoid cyst and in great neurological distress, my new neurosurgeon and his mentor scheduled surgery.

I too knew I may wake up to the possibility of being paralyzed. I too had little idea what my future held. My son Frankie, the oldest, counseled his twenty-year-old brother and his sixteen-year-old sister, that they didn’t know how this would turn out. He, (at twenty-three) would become their guardian, and they would live in our house. He was my beneficiary on everything. I named him in my will as the one to take care of the others should something happen. I had not yet met the Babe.

What a bunch of heavy stuff for these kids! They were so wonderful to me during that time. I’ll be grateful to them forever. The surgery was a very complicated and took over eight hours. They did laminectomies on several vertebrae and couldn’t remove the cyst. It was entwined in all the nerves up and down the spine. Since it was a cyst filled with spinal fluid, they perforated it so it would never fill up again. It’s still there, poked full of holes, and here we are. A veritable miracle. The spine couldn’t be stabilized with rods because the infection would spread there, so I was bedridden for probably six weeks, and was on IV antibiotics for a full six weeks at home. December 1995 through January 1996, was the worst month of my life. It was depressing, and I worried about money. Even though I had a very generous sick leave package, you still worried about having a job when you returned.

Thank you so much for reading today. I’ll continue Part II tomorrow. Be positive in your thoughts. It makes all the difference in the world. See you tomorrow!